Christine Ahn was awarded the 2022 Peace Summit Medal for Social Activism this month at the 18th Summit of Nobel Peace Prize Laureates in South Korea. She's the founder of Women Cross DMZ, a global movement of women mobilizing for peace on the Korean Peninsula.

According to the Asia-Pacific publication The Diplomat, 71% of South Koreans favor peace. But former U.S. Army Col. and retired diplomat Ann Wright said South Korean polls put the estimate at 95%. Many want an end to the conflict and fear any measure of war. 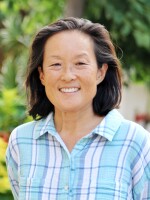