For shift workers like HPR's Derrick Malama, there's no getting used to insufficient sleep

Even if you don’t recognize him, you probably recognize his voice. For nearly 20 years, Derrick Malama has accompanied early birds on their morning commutes “across the Hawaiian Islands.”

Malama is off to work before the sun rises. HPR's The Conversation caught up with him at 3:30 a.m. before his shift on HPR-1’s “Morning Edition” at 5 a.m.

“Twenty-five percent of this job is waking up on time at 2:30,” says Malama. “Although I enjoy the job, I hate getting up at 2:30 in the morning… I can't complain, I mean, this is a great job. I just have to adjust to it.”

But Dr. Indira Gurubhagavatula, a sleep specialist with Penn Medicine, says “there’s no such thing as getting used to insufficient sleep.” Our bodies aren’t built to run with too little rest, and we can’t train them to do otherwise.

“We instead accumulate sleep debt over days, weeks, months, years,” says Gurubhagavatula, “and the impact of that can be really significant.”

Workers like Malama, who work nights or whose hours are irregular, are all too familiar with sleep deprivation. Shift workers — that includes truck drivers, overnight grocery stokers, and emergency responders — comprise more than 20% of the American workforce.

Gurubhagavatula says on average, these shift workers get 5.5 hours of sleep per night, as opposed to the recommended 7 to 9 hours.

“So what you have then is a population of people who are chronically, heavily sleep deprived,” says Gurubhagavatula.

Sleep deprivation doesn’t just lower an individual person’s quality of life — it bleeds back into the workplace, lowering productivity and even making certain industries less safe.

"All I'm thinking about is when I go home, I'm gonna go right to bed. I mean, that's all I can think of is going to sleep again. So it's constantly on my mind," Malama says. "I love the weekends because I can sleep as long as I can."

Dr. Imelda Wong is the program leader for the Center for Work and Fatigue Research with the U.S. Centers for Disease Control and Prevention. She points to the Occupational Safety and Health Act, a 1970 law that ensures safe workplace conditions across the country.

“We like to say that getting good, sufficient sleep is a shared responsibility, and so the employer really needs to provide those opportunities for workers to get enough sleep,” Wong explains.

In industries where the consequences of extreme exhaustion are concrete, like the risk of an accident due to drowsy driving, hours of service are often regulated. Long-haul truck drivers, pilots, flight attendants, and even workers at nuclear facilities all have federally regulated work hours.

But the same cannot be said for the vast majority of Americans. Because people sleep at home, not in the workplace, mandating shifts around workers’ sleep schedules is tricky.

As a result, “for the general population of U.S. workers, there are no current federal regulations on work hour limits,” Wong says.

One industry where advocates are pushing for more oversight is health care. While the pandemic highlighted the heavy workload of health care workers, exhaustion was commonplace in the field long before COVID-19, and exacerbated by practices like mandatory overtime.

“Mandatory overtime” means that nurses cannot say no when they are scheduled to work beyond the hours that are specified in their contract. Critics of mandatory overtime say that it promotes an unsafe work environment for both nurses and the patients under their care.

Several states have laws limiting mandatory overtime. This year, the Hawaiʻi State Legislature proposed a bill that targeted the practice. The bill states that “mandated overtime for nurses is necessitated by staffing practices that emphasize bare minimum, skeleton crew[s] with no back-up or relief in place to absorb any changes such as an increase in patient admissions or a nurse calling in sick."

"Registered nurses and employers have an ethical responsibility to carefully consider the need for adequate rest and sleep when deciding whether to offer or accept work assignments," the bill continues.

That bill did not pass. And Gurubhagavatula says regulations are even rarer in industries where the consequences of extreme exhaustion are difficult to measure.

“Making mistakes, having to do do-overs, being late for work, missing workdays,” can all result from sleep deprivation, Gurubhagavatula says, as well as “presenteeism, where you show up, but you're not actually, working at full capacity, [and] taking more sick days.”

Despite the consequences of losing sleep, many shift workers do not feel they have a choice.

“They do what they have to do to chug through,” Gurubhagavatula says.

If you have to choose between giving up sleep or giving up your job, not everyone can opt for more rest. Wong believes that may be especially true in Hawaiʻi, where the largest industry is tourism.

“A lot of that constitutes hospitality-type occupations,” Wong tells HPR. “And that requires around-the-clock care.”

The high cost of living in Hawaiʻi means “folks might be working multiple jobs or working overtime… That really limits their time to get good quality sleep,” explains Wong.

Between the demands of the tourism industry and the high cost of living, Wong says it's not surprising that Hawaiʻi currently has the highest rate of insufficient sleep nationwide.

In order to improve the landscape for employees and employers alike, Gurubhagavatula believes there must be a fundamental shift in the cultural narrative around sleep.

“We relate to people who can operate without sleep, or [with] low amounts of sleep, as… some sign of character strength,” Gurubhagavatula says. “As long as that persists, then it’s going to be harder to take the steps that we need to take.

"What I really think needs to happen is that every one of us needs to come to terms with the fact that sleep is a basic biological need, just like air, oxygen, food, water. We can't cheat sleep. There’s no way around it," she continues.

Workers and management should approach conversations about sleep the same way they talk about wages and benefits, suggests Gurubhagavatula. She hopes labor unions, supervisors, and medical directors will start a real dialogue with their shift workers.

Gurubhagavatula also says sleep hygiene will have to come into play. If employers implement schedules to support better sleep schedules, employees need to use that time for sleep.

But if you do find yourself up at 2:30 in the morning, Malama says, know you’re not alone. 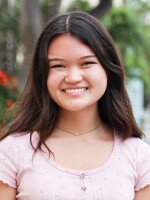