Classical Music in the USA – 4 – The beginnings of jazz

While the Boston Six looked to Europe for training and inspiration, American popular music embraced the music of African Americans, and the racial divide, the severity of which is difficult to imagine today, could not prevent the music of black composers from influencing other composers.

It is also worth noting that both men were successful in putting their music before the public – black and white – decades before the first recorded jazz, a reminder that jazz has more distant roots than is sometimes understood.

Scott Joplin (1868-1917) was born in Texas and, like his father, worked as a gandy dancer, or railroad laborer. But from childhood he played piano, guitar and mandolin.

We do not think he invented ragtime, but his performances of ragtime at the 1893 Chicago World’s Fair put ragtime before a new public, and his 1899 composition “Maple Leaf Rag” was the first ragtime sheet music hit.

Joplin would continue to compose and publish rags for two decades before he died of complications of syphilis in his forties in New York.

We know of at least 44 Scott Joplin rags, composed while based first in St. Louis and later in New York. Joplin also composed an opera, “Treemonisha.” It was actually his second opera but the first, a much earlier work, was lost.

Joplin rags remained popular beyond his death and other composers, including white piano players with conservatory training, wrote rags of their own in his style. Ragtime intrigued European composers. Erik Satie (1866-1925), Igor Stravinsky (1882-1971), Darius Milhaud (1892-1974) and Paul Hindemith (1895-1963) all composed ragtime pieces and except for Satie, whose 1910 “Piccadilly” was the earliest of the lot, all used the word ragtime as their title. It is interesting to note that after decades of American composers sailing to Europe to study, now European classical composers were influenced by the popular music of the United States.

Ragtime would make a comeback in the 1970s when Joshua Rifkin (1944- ) recorded Joplin rags and the album, an academic release intended for a small audience, unexpectedly sold well with the broad public. (We had it in our household.) Joplin’s music was used extensively in the hit movie, “The Sting,” whose director, George Roy Hill (1921-2002) studied under Paul Hindemith at Yale. He said one of his children bought the Rifkin album and played it for him. Marvin Hamlisch (1944-2012) orchestrated several pieces for the movie and won an Oscar for that.

W.C. Handy (1873-1958) did for the blues what Scott Joplin did for ragtime. His biggest hit, his Maple Leaf Rag, was “St. Louis Blues.” Handy had formal musical education and took care to keep notes on the roots of specific styles and tunes.

Handy was born in Florence, Ala., near Huntsville. He learned music in secret, defying his preacher father. His dad confiscated a covertly-acquired guitar but arranged for his son to have organ lessons. Handy then secretly learned cornet. He passed a teaching exam but made more money in an ironworks in Bessemer, founding a string ensemble in his spare time.

By 23 he was leading Mahara’s Color Minstrels, which toured from Texas to Chicago to Cuba. He met his wife on the road in Kentucky. Handy took a job as music teacher at a black college in Huntsville, Ala., starting his large family there.

After rejoining the Minstrels for a time, Handy formed his own band and found himself in Memphis. A song he wrote for a local political campaign was repurposed as “Memphis Blues,” published in 1912, and “St. Louis Blues” came soon after.

Handy and a partner founded their own publishing house in Memphis, moving it to New York in 1917. The same year saw the first jazz records. Blues numbers were hits. Some that he published were written by young white men and women. Handy wrote that white bands wanted novelties while black bands played the hits.

In old age Handy went blind like Bach and needed a wheelchair after a stroke, but he lived into his eighties (Bach died at 60), lasting until 1958. His Harlem funeral drew 25,000 mourners.

Jelly Roll Morton (1890-1941), a creole pianist from New Orleans, went beyond Joplin’s music, and Handy’s, to write livelier pieces like “King Porter” and “Wolverine Blues” and he brought more improvisation to his works.

In the 1950s and 60s jazz historians denigrated Morton’s assertion that he “invented jazz” because no one person did or could do that, yet research so far indicates he really was a pioneer of jazz as it came together before the Roaring Twenties. Many of his more specific claims, about himself and others, have been confirmed from other sources.

Morton gave long interviews to musicologist Alan Lomax which were recorded and can be accessed today, in which he praised many other musicians and made candid comments about his own limitations, while playing examples at a piano to explain what he was discussing.

Morton’s rags and blues compositions mostly date from 1900-1915. He performed in Chicago, New York and California before moving to Washington, D.C.

Apart from the importance of his own compositions, like “King Porter,” Morton brought the blues sound to New York, influencing others, like stride pianist James P. Johnson (1894-1955), who like Joplin sought to write music for the concert hall.

In the early Roaring Twenties, nightclubs were still largely segregated, so for black music to reach white audiences it was necessary for white musicians to adopt the music.

Whiteman’s father was the head of the music curriculum for the public schools of Denver. Whiteman had classical training and played viola in the Denver Symphony from 1907, when he was a teen, and in the San Francisco Symphony from 1914, when he was 24. By 1918 he was leading a dance band that could play jazz. He led the Navy Band in World War I, then formed his own orchestra, making his first recordings in 1920.

“Rhapsody in Blue” was but the most acclaimed of many works commissioned by Whiteman for a concert at New York’s Aeolian Hall on February 12, 1924, bringing syncopation to the concert hall. Grofe completed the orchestration when the work was finished close to deadline.

Whiteman was promoted as the King of Jazz, but he really more of an ambassador for jazz, playing excellent music in a jazz vein that lured audiences to “the real thing.” In this he was so successful that jazz historians of the next generation denigrated his music, to the point that a listener today may be surprised as how good it is on jazz terms. This is analogous to the role of Nikolai Rimsky-Korsakov in promoting the music of Modest Moussorgsky. He cleaned up dissonances in his friend’s music, making it more palatable to audiences of his day. Now we restore the dissonances and sneer at Rimsky, whose efforts ensured we would remember Moussorgsky.

Three factors that spread jazz were Prohibition, phonographs and radio. Prohibition, a movement that began as a battle against domestic violence, drove drinking into speakeasies and the live music of gin joints and night clubs was jazz. In New York wealthy white jazz fans would go to Harlem to imbibe the real thing, and I’m not talking about the liquor.

The phonograph entered most American homes by the Roaring Twenties, and a phonograph came with a stack of free records of various types of music, including jazz. (There was also usually a record of Hawaiian music, according to my father, who lived in Maryland in those years.)

In 1921 radio stations began to go on the air. Even the first ones had enormous impact, because AM, unlike FM, can be heard hundreds of miles away, especially after dark. As a child in Maryland I could hear AM stations in New York, Chicago and New Orleans at night.

Jazz pianist Art Tatum (1909-1956), growing up in Toledo, Ohio, was inspired by jazz he heard on live radio broadcasts from New York, but his own Toledo radio show in 1927 was heard by touring musicians, so that when he moved to New York everyone already knew who he was.

By 1927, the NBC and CBS radio networks existed. For the first time, someone could perform in one city and be heard anywhere in the country. In those years, before the development of affordable tape recording, it was easier to do a live show than a recorded one, and the networks did a lot of musical shows. In the 1930s one of the most popular evening shows on CBS Radio was Louis Prima’s band.

Benny Goodman ended an only partly successful tour, tired of playing dance numbers, so at a final concert at the Palomar Ballroom in Los Angeles he let his musicians cut loose with uptempo swing numbers and was astonished to see the crowd go wild – because, he figured out later, they had heard those tunes in his radio broadcasts and had been waiting for them.

Live radio broadcasts were also important for classical music, because in the 1920s and 1930s a great deal of symphonic music was broadcast live, including, to give a famous example, Samuel Barber’s “Adagio for Strings,” an arrangement of the middle movement of Barber’s only string quartet. Charles Ives, finally achieving recognition near the end of his year, was too ill to attend a concert featuring one of his symphonies, but was able to hear it on the radio. 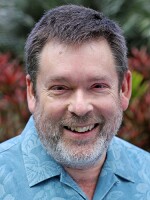