How Microexpressions Can Make Moods Contagious

It's a common experience for family members or groups of friends: One person's mood can bring the whole group's energy down— or up. But why are we so easily influenced?

In 1962, the reality television show Candid Camera offered a remarkable glimpse into a psychological phenomenon that helps explain how emotions spread. They did it through a now famous comedy stunt called "Face the Rear."

It goes like this: We see an unsuspecting man walk into an elevator that has been secretly rigged with cameras. Two more people walk in after him. But weirdly, they turn to face towards the back wall of the elevator. The man looks confused, but continues facing front, despite the two weirdos next to him. But when a third person comes in and faces the back wall, the poor guy can't take it anymore and turns to the back wall too.

Now the dance is on. The three newcomers now turn forward and the target of the prank whips around to join them. Candid Camera observes this phenomenon again and again. An unsuspecting victim would walk into that elevator and end up imitating whatever the people around him were doing.

Now, the man's initial gradual turn to face the back wall with the others is something that psychologists refer to as conformity, when you slowly and consciously decide to follow the group.

But sometimes the victim in the prank begins following what the people do so automatically that it goes by another name: contagion. Eventually, the man in the Candid Camera video started moving in perfect sync with the people around him so that it almost looked choreographed.

"When we watch other people, for some reason, we're wired up to get in sync with them on so many things that it kind of boggles your mind. ... And they calculate that it's so fast that you couldn't possibly do it consciously — it's got to be going through the brainstem," says Elaine Hatfield, a psychological researcher from the University of Hawaii. She and her husband, Dick Rapson, have spent a good part of their careers looking at this phenomenon.

Some of the ways we sync with the people around us are more obvious — how we imitate people's postures and speaking patterns. But others are quiet. Like, how if you're talking to a friend, over time you may begin to blink in time with one another. Or if you watch someone stutter, the tiny muscles on your mouth can start to twitch. And when you're sitting around a conference table in a meeting? People often start to imitate each other's breathing patterns as well, with everyone breathing as one.

"It's so wired in, and in the primitive parts of the brain, that animals do it. Even little birds imitate one another. It just happens. It just runs off like breathing," Hatfield says.

But it's not just each other's physical movements we mimic — it's emotions, too. And this is Rapson and Hatfield's real specialty: emotional contagion.

They first became aware of the idea of emotional contagion while working as therapists. They had a client who came in and was very animated, talking very quickly and energetically. But they both found themselves starting to yawn, despite the fact that neither of them felt tired. So, why were they yawning?

"What we think was going on is that we were picking up, underneath her cascade of words, depression," Rapson says. That was their idea — that the depression was somehow being telegraphed to them nonverbally. So they looked into it and found out that, indeed, emotions leak out a person's face in these very measurable, consistent ways called microexpressions.

Microexpressions are fleeting, involuntary expressions of feelings that last a fraction of a second.

What Rapson and Hatfield then added to the equation after years of research is that our automatic mimicry of these microexpressions can actually produce the corresponding emotion inside of us. Because, although the extent of the effect is under debate, many studies have shown that one of the ways that emotions are produced is from the outside, in.

"We get real pale, little reflections of what others are thinking and feeling," says Hatfield, and those reflections can have real and tangible effects on our own thoughts and feelings.

So, even though we all walk through the world thinking of ourselves as individuals, Rapson and Hatfield think that is an illusion. "We're going to slip into being like the company we keep," she says.

Whether we're aware of it or not, we're closely connected to one another, and we contract the feelings and thoughts of the people around us, almost like a virus.

So, the next time you're in a group and someone's bad vibes are pulling you down? The best remedy might just be to walk away, and go find someone who will contaminate you into a better mood. 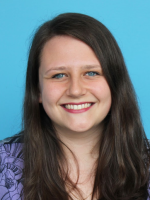