Local economists push back prediction of U.S. recession by a quarter

The University of Hawaiʻi Economic Research Office continues to see a bleak global economic outlook — caused by rising interest rates, the ongoing war in Ukraine and the prediction of a U.S. recession.

But a recession here in Hawaiʻi may be held off by the recovery of Japanese visitors and public sector construction.

UHERO economist Carl Bonham said the forecast remains similar to its last outlook, which predicted a mild recession. Now, he says a recession may occur by the middle of 2023.

"It's pretty much definitely the consensus view that the U.S. economy will go into recession," he said. "We've moved that back by a quarter. So we have it starting in the second quarter, just because the U.S. economy continues to show remarkable resilience in the face of these interest rate increases that we've seen."

Inflation rates remain high for Hawaiʻi, but on average, lower than the U.S. overall. The U.S. Bureau of Labor Statistics states that consumer prices fell over the last few months, but were still substantially higher than last year.

UHERO states that job growth could pause next year, and due to employment levels currently being below pre-COVID levels in certain sectors, economists said the excess in demand for workers could drive up wages.

As for the younger generation, they state that there has been a reported decrease in college enrollment related to pandemic school closures and the rise in opportunity to pursue non-traditional jobs.

On the government level, UHERO considered the biggest risk to the community could be potential government shutdowns over discussions of budget and the federal debt.

Internationally, the ongoing fights in Ukraine and Russia are slowly sending Europe into a recession as well, stated the report.

Euronews reported Wednesday that every corner of the European continent is experiencing rising prices. On Thursday, the European Central Bank, as well as several other key banks in the union, raised their inflation rates yet again and warned that more is expected to come.

In Japan, a combination of the higher costs of oil and the weak yen is predicted to be a reason for a decrease in Japanese consumer spending.

This includes spending in Hawaiʻi, being that Japanese tourists have historically been the key international contributors to the state's tourism industry.

"And really the, you know, the near-term outlook is being driven very much by this Global War on inflation, it’s not just the U.S.," Bonham said. 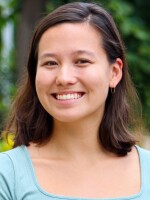