As Thomas shows, real spying for the increasingly impotent island nation has required far more bluff and daring than Bond's work for the geopolitically inflated superpower of Ian Fleming's Britain.

The romance of British espionage began to take modern form in 1909 with the formulation of MI5 and MI6 — respectively, London's domestic and foreign secret services, roughly equivalent to the FBI and CIA. Written in time for this year's centennial birthdays of the two services, Secret Wars rivets with endless details of double agents, whistle-blowers and moles.

Thomas' reconstruction of the 1956 Suez Crisis, in which the British, French and Israeli governments tried unsuccessfully to reclaim the nationalized canal from Egypt, is especially gripping. So, too, is his mysterious chronicle of the peculiar 2003 death of Dr. David Kelly, a whistle-blowing British bioterrorism expert.

Thomas' prolific career as an espionage writer and reporter gives him a nearly inexhaustible pool of spooks and spymasters from which to draw material. Quite often, he explicitly compares the cloak-and-dagger events he chronicles to the fiction of Ian Fleming and John Le Carre and, to Thomas' credit, the comparisons are apt.

In fact, Secret Wars is such a rollicking good read, Thomas can almost be forgiven for his supercilious attitude toward "human rights lawyers" and his somewhat sycophantic approval of any action pursued, legally or not, in the name of British security.

"[Surveillance] is the most effective way to uncover the paymasters of terror and lead to the closure of those places which advocate terrorism," says Sir John Scarlett, the current director-general of MI6. Sir John may be right, but Thomas is uncritical of such an Orwellian tactic, approvingly reporting the mind-boggling statistic that "By 2007 [in Britain], over £500 million had been spent installing 4.2 million cameras, one-fifth of all closed-circuit television cameras in the world." There are obvious dark ramifications to the use of these "unblinking eyes" — on the streets of English cities and towns, a Briton can expect to be caught on tape by his government an average of 300 times every day, according to Thomas — but beyond likening the breadth of Britain's domestic surveillance system to that of China's, Thomas ignores any civil liberty issues.

He also adopts an uncomfortable maliciousness in discussing, for example, contemporary Islamic terrorism, and is markedly condescending in his treatment of the CIA's many latter-day follies — while giving MI6 a pass on its own embarrassing screw-ups.

Still, Thomas' arguments will force readers to reflect on our own convictions about security and freedom. His haughty dismissal of Prime Minister Clement Attlee's 1946 determination that the incoming head of MI5 "must have a lively appreciation of the rights of the citizen" seems petty and unwarranted — until he introduces Percy Sillitoe, Attlee's hapless choice for the position.

Sillitoe, Thomas' narrative bears out, did not serve British citizens well, and we're left to ask ourselves just how feasible Attlee's idealism is in modern times. For every ruthlessly efficient but hawkish John Scarlett in British intelligence, Thomas demonstrates, there's a Percy Sillitoe.

As the book establishes, perhaps in spite of itself, striking this balance — between a dovish "lively appreciation" for rights and 007's brutally efficient "license to kill" — is the challenge that our secretive guardians at the gates will increasingly face. 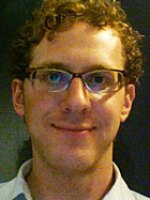 Simon Maxwell Apter
Simon Maxwell Apter is assistant editor at Lapham's Quarterly, where he also runs the Web site. His commentaries and reviews have appeared in The Nation, The Guardian, The American Prospect, and the San Francisco Chronicle. He is also a frequent contributor to The Huffington Post.
Top NPR Stories
Related Stories