Athletes have an inelegant term for the fans, reporters, owners and managers who like to hang around them. They call them jock sniffers.

I have been a faith sniffer. Having no ability or capacity for faith, religious practice or mystical experience, I am fascinated and attracted to people who do.

In high school, I spent a long, hot Ozark summer working on a ranch with a man who came back from the Vietnam War as a born-again Christian. He was studying to be a Pentecostal preacher, and his final exam was to convert me, the lonely little Jewish boy with whom he worked. I enjoyed the hours we spent picking rocks out of a hay field, when he preached at me and I argued back, citing Dostoyevsky and Nietzsche. I majored in comparative religion in college.

Since then, I have thought consistently about why it is so hard for many Americans of my generation and younger to embrace traditional inherited religion. "Traditional" is the key word here. It is obvious that since the 1960s there has been no shortage of spiritual seeking. There has been an equally obvious rise in alternative religion, including Christian fundamentalism, which isn't especially traditional in many parts of the country. This is rather different than Europe, which has tended to just reject religion in all forms.

I am not a sociologist of religion. But my most influential professor in college, and now my close friend, was. Arnold Eisen is now the chancellor of the Jewish Theological Seminary. His book, Taking Hold of Torah, discusses the challenges of modernity to traditional religion, specifically Judaism. He writes:

"The loss of integral Jewish community has meant that Jewish commitment is a matter of choice. That is nowhere more true than in contemporary America, where the freedom to participate fully in the life of the larger society is in every respect greater than has ever been before, indeed is nearly absolute. We are living, moreover, in what is very likely the most mobile society that has ever existed on the face of the earth ... It is no wonder that the Jewish community in this situation has to argue for every single Jewish soul, compete for every pledge of allegiance against an ever-increasing wealth of beckoning possibilities, and must do so not once in a person's life but repeatedly, year in and year out, because each of us not only decides where to live, but with who and how."

The two critical factors are community and choice. In my new book, Why We Hate Us: American Discontent in the New Millennium, I discuss how diminished community and increased choice have challenged not just religion, but our broader capacity as individuals to get happy and content, and our capacity as a society to solve problems and produce culture we are proud of. Religion and faith are important elements of that.

My great-grandparents, grandparents and parents all lived in insulated communities of German Jews in America. They were reform Jews whose families had fled Germany around 1848, extremely assimilated (a term of denigration to many other Jews), secular and non-observant. They had unadulterated and strong Jewish identities — part cultural, part historical and part ethnic; they had realistic and unbending views about anti-Semitism and the social marginalization of Jews.

That is the religious tradition I inherited and that I feel is an invariable core of my identity — no matter what choices I may make in life. Nobody but me thinks of this as something religious. I am not observant, and I am not a believer. Within my own skin and experience, however, I feel traditional.

What I certainly lack is a German-Jewish community of reform Jews. They really don't exist in America anymore. Community is what nurtures religion organically; without community, religion is not inherited and taught by example — it is chosen and in some ways improvised. In America, that can be like any other consumer choice.

Many essential ingredients of human happiness deteriorate when people live among strangers, far from relatives and grandparents, lifelong friends that span the generations, familiar merchants and neighbors. Americans are mobile; often we move by choice — to get away from a stifling small town or a dysfunctional family, or to pursue an education or a better job. These are choices we make — choices with consequences. For many Americans, the consequence has been fewer social ties and close confidantes, less help raising children and shallower roots.

My wife and I have worked mindfully and with effort to build a community in Washington. Neither of us grew up here. Neither of us well understood what we were giving up when we chose to live away from our hometowns. While we do have a local community, it doesn't include relatives, older generations or friends from childhood.

Americans, as Eisen pointed out, have an overabundance of choices as they seek to replace social goods like community and religion.

We can choose a "lifestyle": urban or suburban, single or married, golf or tennis. We can choose body parts: large or small breasts, smooth or wrinkly face, long or short nose. We can join a virtual community or get all our news in one flavor — conservative or liberal — if we choose to tune out voices we find irritating or contrarian. And we can choose a religion: Buddhist, New Age, Scientology, Presbyterian or Catholic. Or we can select from long bookshelves of money-back guaranteed self-help regimes.

Too often we make these choices as solo seekers, unconcerned about obligations to community, heritage and even family. This can be a modern, narcissistic variant on the old American ideal of being self-made. There is a difference between committed, other-focused religious commitment and milky, self-involved spirituality. It may not be easy to define the distinction, but, as Justice Potter Stewart once said of pornography, you know it when you see it.

One part of the human puzzle is clear: The greatest variable in happiness is the quantity of human relationships. In this case, more is better.

Being religious today often entails actively and purposefully building or rebuilding a community, not simply joining the one you were born into. We are all pioneers and exiles today, in a sense, but uprooted mostly by choice. And for the religious and the secular, it takes not just conscious choice but sustained effort to have some community in our lives — which, for most, is a necessary ingredient to have some happiness in our souls.

(A different version of this column appears on The Washington Post and Newsweek's "On Faith" site.) 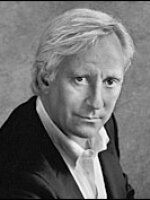